It Could Be U Camp, Day 1: Big Things, Little People

So, today was the first day of our It Could Be U Camp. I wouldn’t say it went as well as it could have, but it could have gone a lot worse. All in all, I think we all conducted ourselves pretty well, especially if you consider that we of the Media Proteges have never faced a challenge of this sort before. The challenge I speak of is working with kids.

We all met up at 9:00AM at the Booker T. Washington Community Center. Then, one-by-one, the students started coming in. It originally looked like we were only going to have about five or so, which would’ve been easily managed, but by the time we began we had exactly fifteen. So, I shutter to think what it would’ve been like if we had reached our limit of twenty five.

Anyway, the students all generally came in very quiet and timid, but that soon changed. Though, many of them took quite a bit of coaxing, we eventually had them all talking. They divulged their names as well as their interests such as choir, soccer, karate, and other extracurricular activities.

After introductions, the first order of business was to get them all registered, and that duty fell upon me. Thus began a series of forgotten passwords, nonexistent emails, and technical difficulties. Honestly, I’m not the most patient person but we somehow managed to get through it all with out reenacting a certain scene from Kindergarten Cop (starring Arnold Schwarzenegger).

To be honest, they seem like a pretty bright, diverse bunch. They ought to be if they’re all on the A and B honor roll. Speaking of which, they all seemed to really be into mathematics. What’s up with that? How much have things changed since I was their age, seriously?

Well, after we managed to get everyone registered we all had some Hoover’s for lunch. Even kids agree: Hoover’s always cookin’ somethin’ good. Once everyone had finished eating we went to the McGarrah Jessee advertising agency. It was nice to see our old pals at McGarrah Jessee once again and it was nice to know that their doors were still open to us. So, we proceeded to cram all the kids into the board room and let the wonderful staff of McGarrah Jessee do their thing. They learned quite a bit about how advertising agencies actually work, such as creatives, artists, and writers, and how they all work together to make a product. 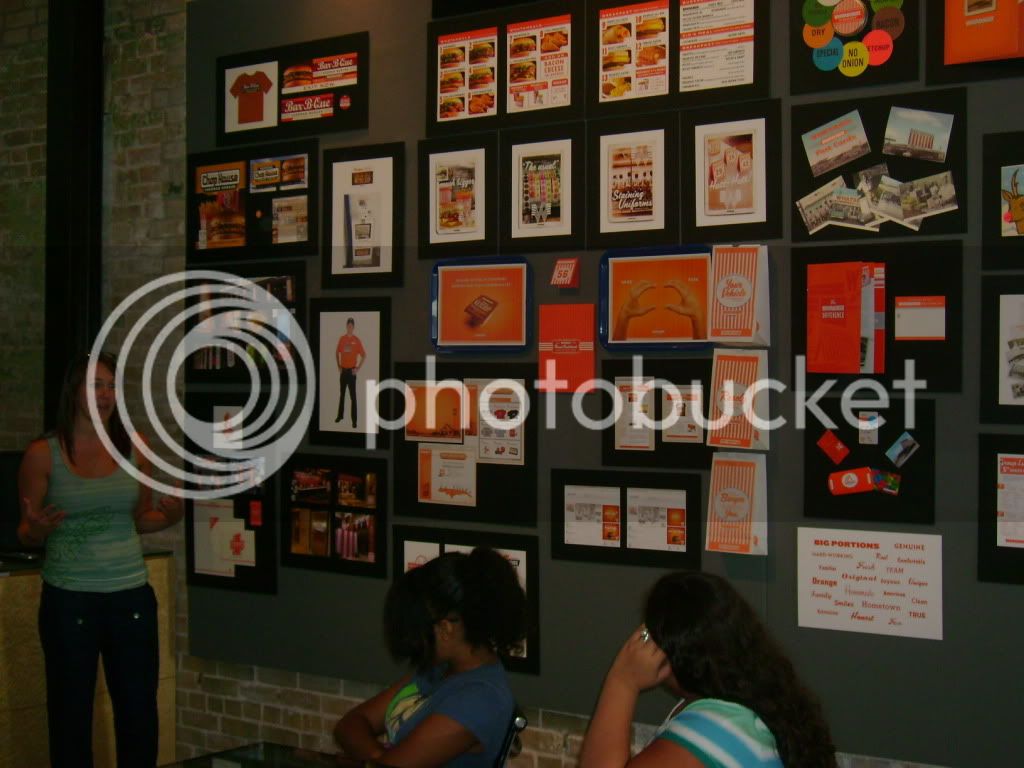 Things really started moving once the participation portion began. Sadly, that had to be cut short due to time constraints. Then the tour began, which is always the most exciting part of visiting McGarrah Jessee. Whilst touring the facilities the kids were shown the people they had heard the job descriptions of. They certainly weren’t bored at that point. Why should they be? McGarrah Jessee’s a really interesting place, definitely not what I think they believed an ad agency would look like.

In review; today went fairly well. We got all the painfully boring registration business out of the way and now we know what to expect. It’s exciting to see the kids begin to realize the value of this opportunity that’s been given to them.