Today we took the kids down to The A.C.E.S. (Applied Computational Engineering and Sciences) building at the University of Texas. Once there, the students were greeted by, long time friend of the Media Communication Council, Brad Armosky. Brad Armosky is TACC’s (Texas Advanced Computing Center) Education and Outreach Coordinator, so obviously he was perfect for the job of telling all of the young students about how vital computers are for facilitating almost everything in this day and age.

Mr. Armosky started off by explaining his own educational history and how much he had to work back in his day just to get an education. He later moved onto explaining the simplicity of using technology no matter how complicated it may look. He compared using a super computer to simply practicing a musical instrument, which seemed to stick with some of the students since they themselves happened to play musical instruments as well.

Anyway, after explaining the ease and accessibility of technology these days Mr. Armosky moved on to explain some of the amazing things it could be used for. He went as far as to say that the only limitations computers had these days were the skills and the imaginations of their user. More importantly, he stressed the importance of the fact that technology is worthless without intelligent and ambitious people around to utilize it. For example; a super computer doesn’t know how to track a hurricane or an oil spill unless someone programs it to do so. 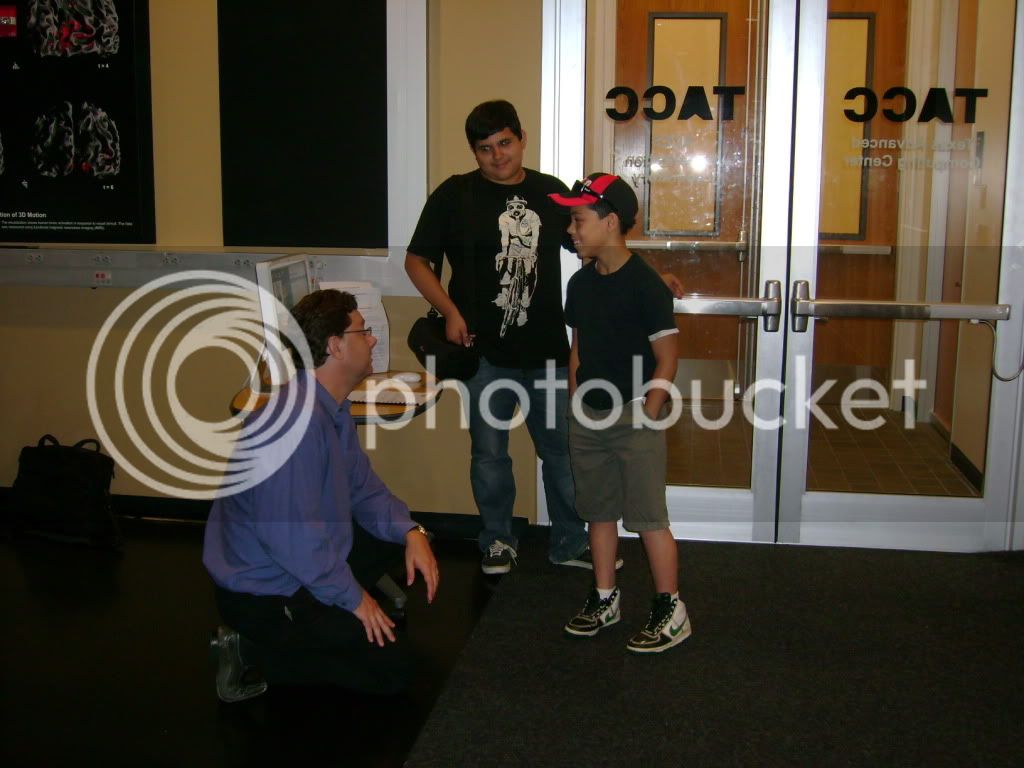 Later on we packed the kids onto the bus once more and cruised on over to AMS Pictures. Unlike the ad agency McGarrah Jessee, they had visited yesterday, AMS is mostly a video production company that does PSAs (Public Service Announcement), and to my surprise most of the students didn’t quite know what one was. Lastly, AMS definitely likes to have a bit more fun on the job than other companies do.

So, the fine folks at AMS pictures had a tour and an activity set up for the students, but due to the size of our group they had to be split into two groups. The group I tailed was moved into a studio and upon entering they were told that they would be forming a film crew. Given, the students didn’t quite know what a production film crew. Generally, a film crew consists of, at the very least, a director, a sound manager, and a camera man, though most of the students said they would prefer to be the on-screen talent. Nonetheless, each student took their turn assuming each of the most basic roles of a film crew. I think by the end of it they had earned a new understanding of what it’s actually like beyond the fourth wall of a production.

Later on the group was treated to a tour of AMS Pictures’ office, which is always a treat. Every knick-knack and oddity of the office was explained. More importantly, while being shown all of the interesting things throughout the building, the students saw that not unlike ad agencies, AMS had creatives, account planners, writers, technicians, and all other kinds of other specialists. So, you could kind of say media companies are like people; we look different and do different things, but we’ve all got the same organs and skeletons underneath.

So, as an observer, I’m pleased to say that I think the students definitely learned the importance of technology, no matter what you’re doing. On top of that, I’m pretty sure they’ve got at least an idea of what it actually makes an ad agency. So, today went very well, we’ve reached the halfway point, but we’ve still got quite a lot left to cover.